Rockford Construction is your trusted construction partner in Hamilton, Ohio.

Though multifamily buildings and apartment construction projects tend to be our core business, our general contracting expertise extends to condominiums, commercial construction, tenant improvements, renovations, and the conversion and rehabilitation of downtown office buildings. As a result of our flexibility, Rockford Construction has completed well over $250 million in general contractors’ work for our clients located in Hamilton, OH and throughout the region. 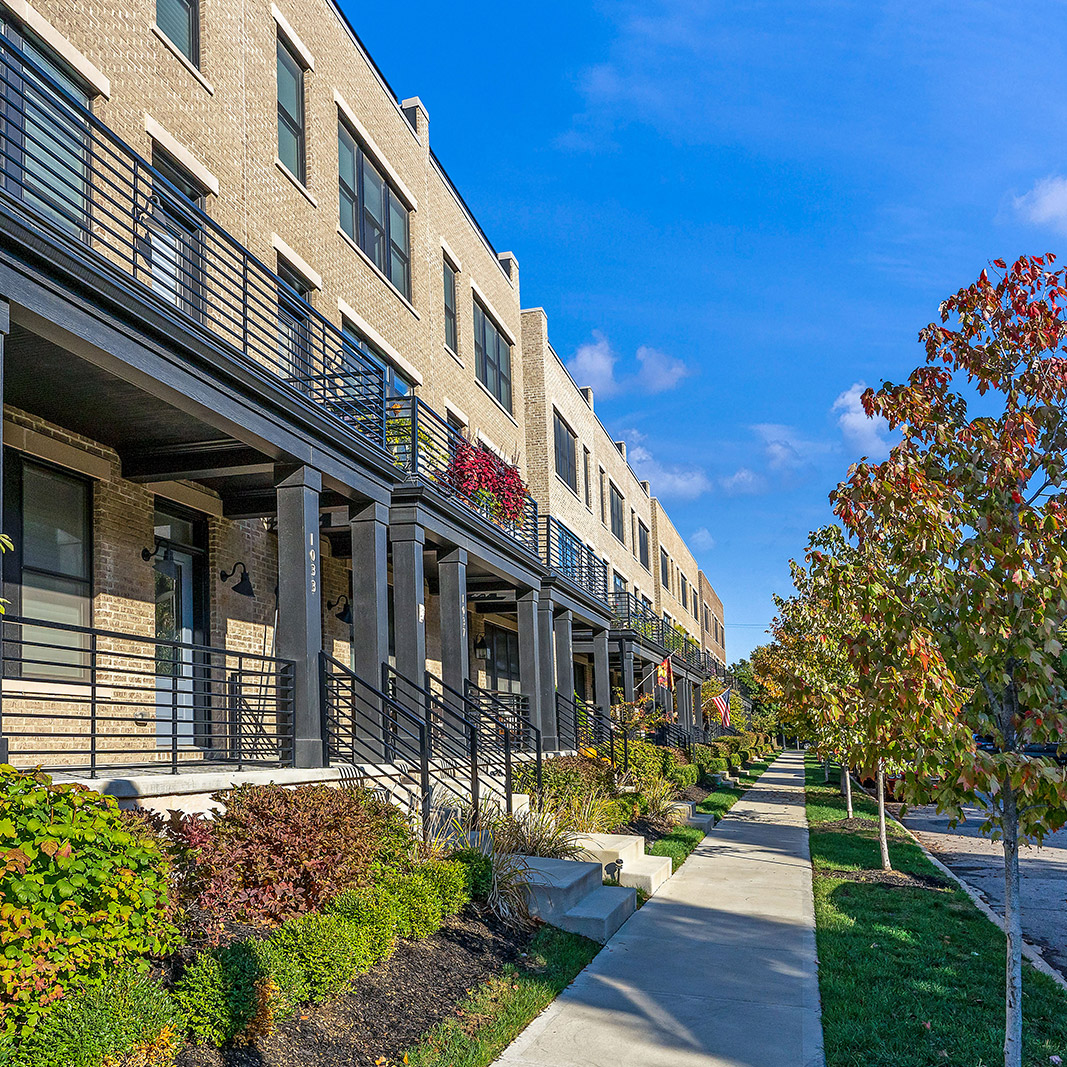 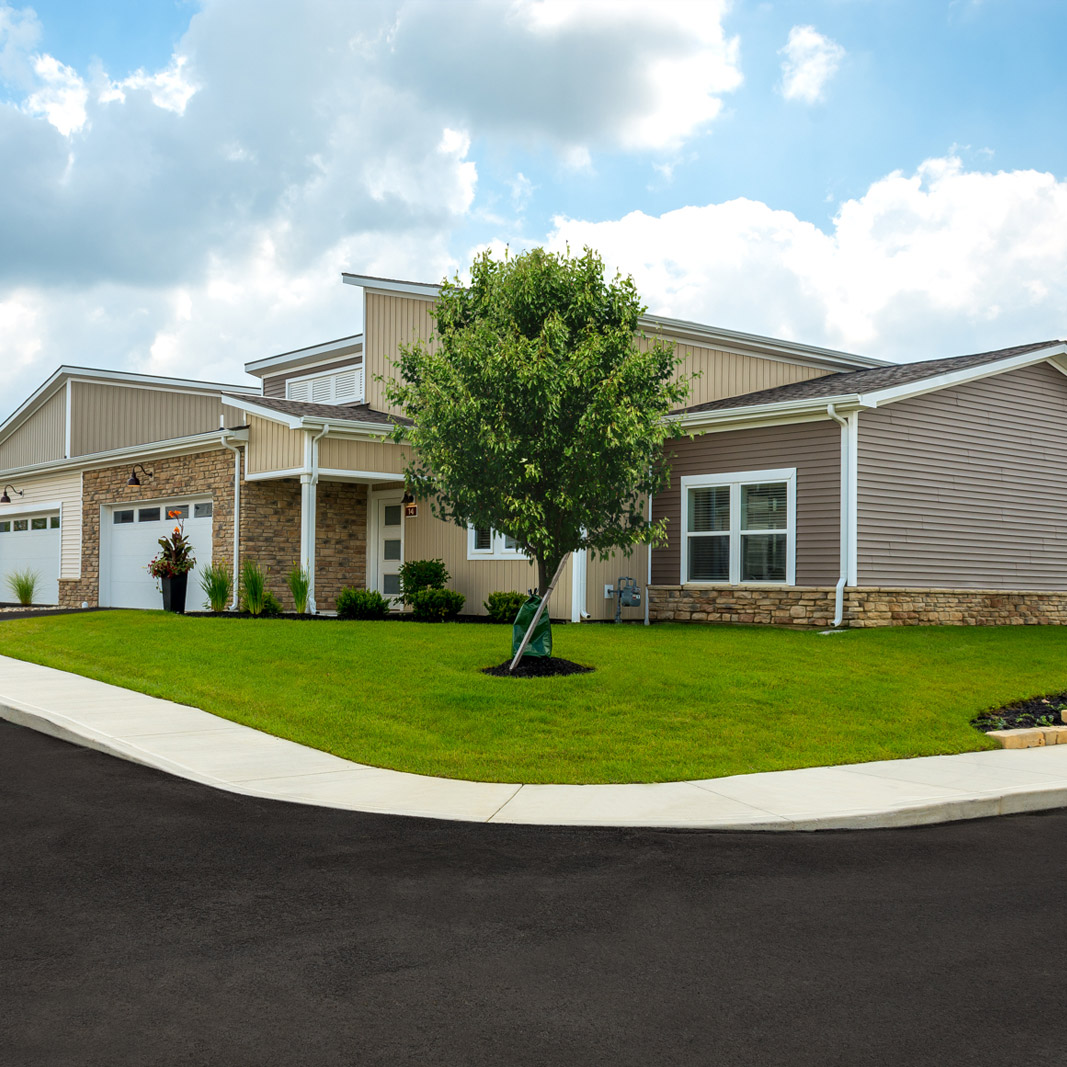 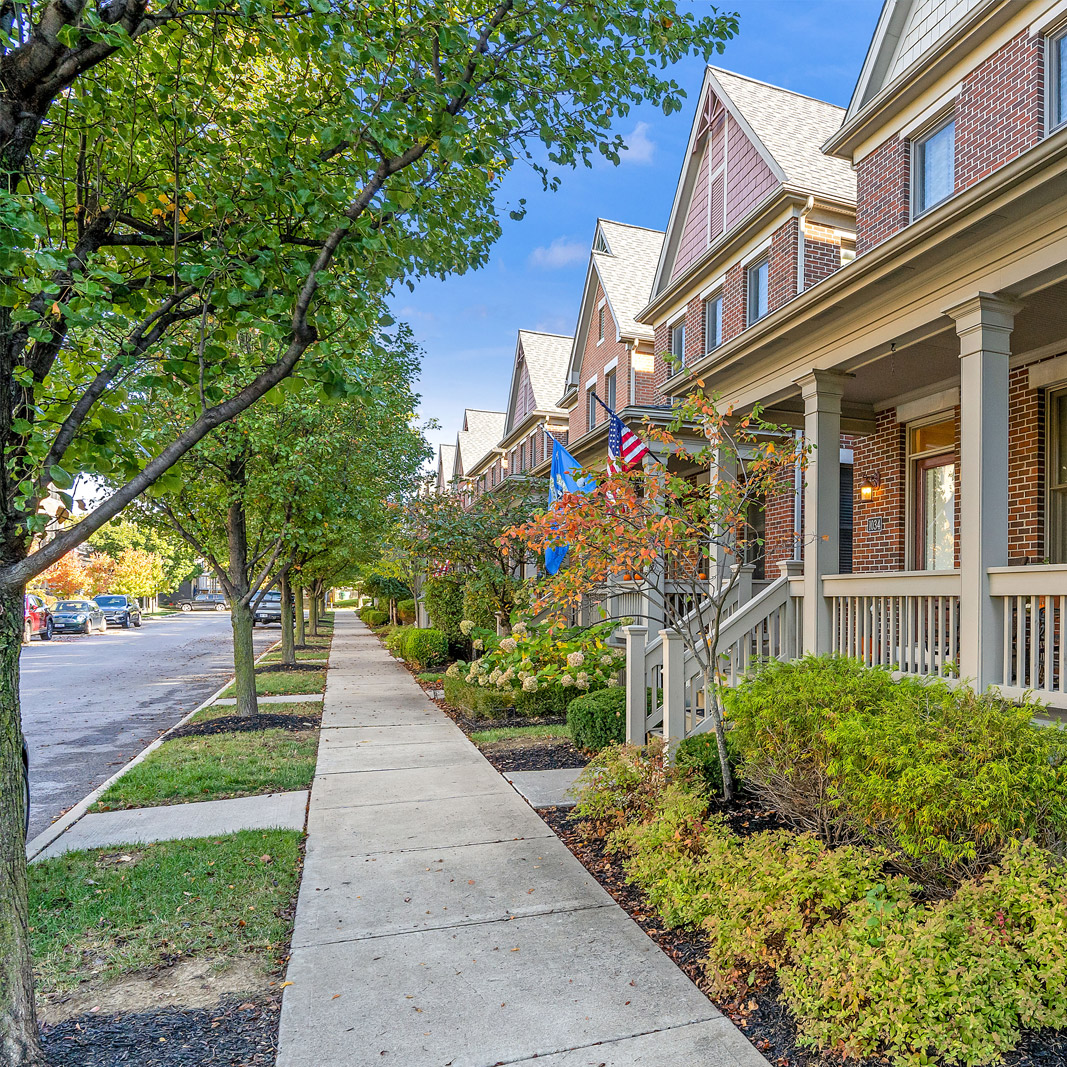 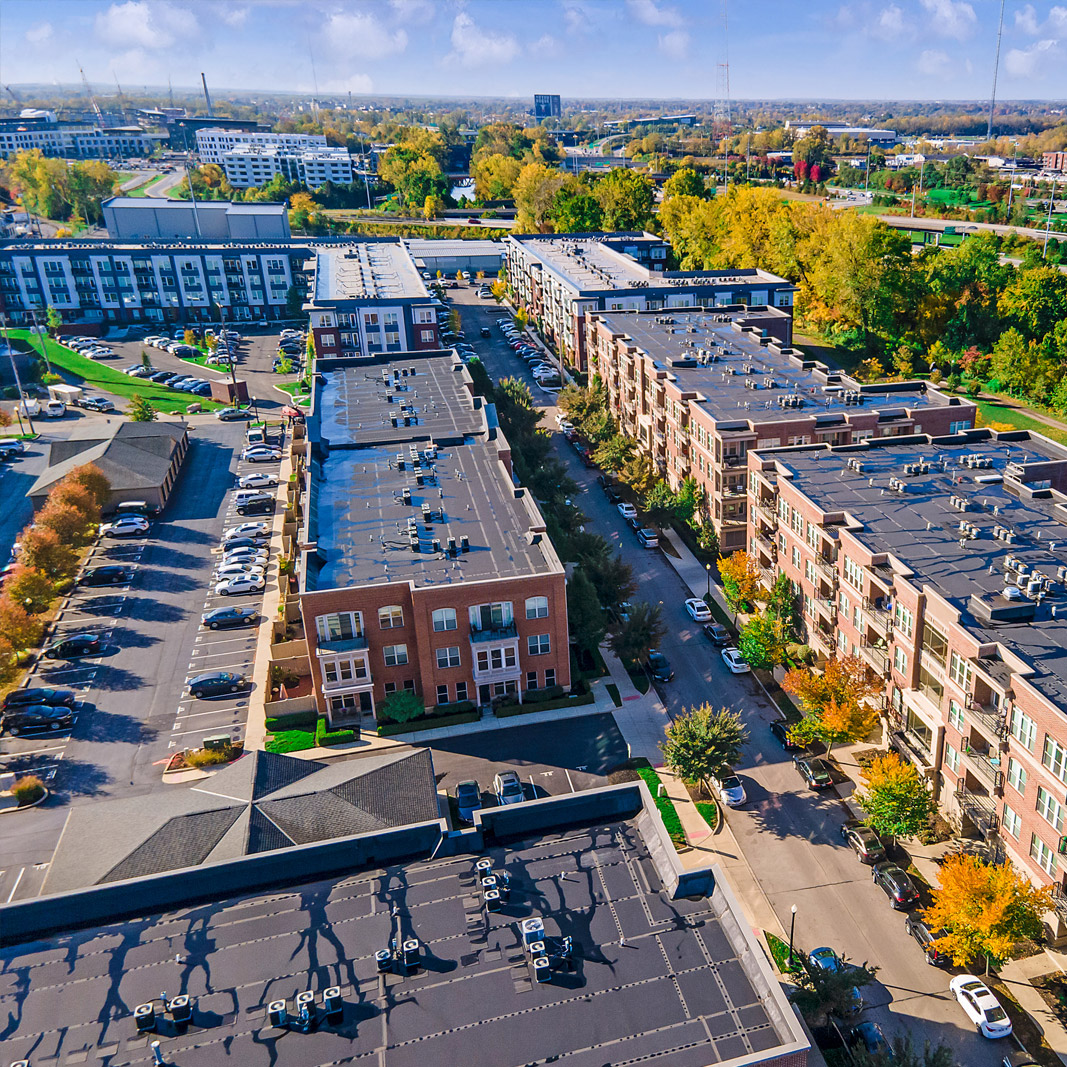 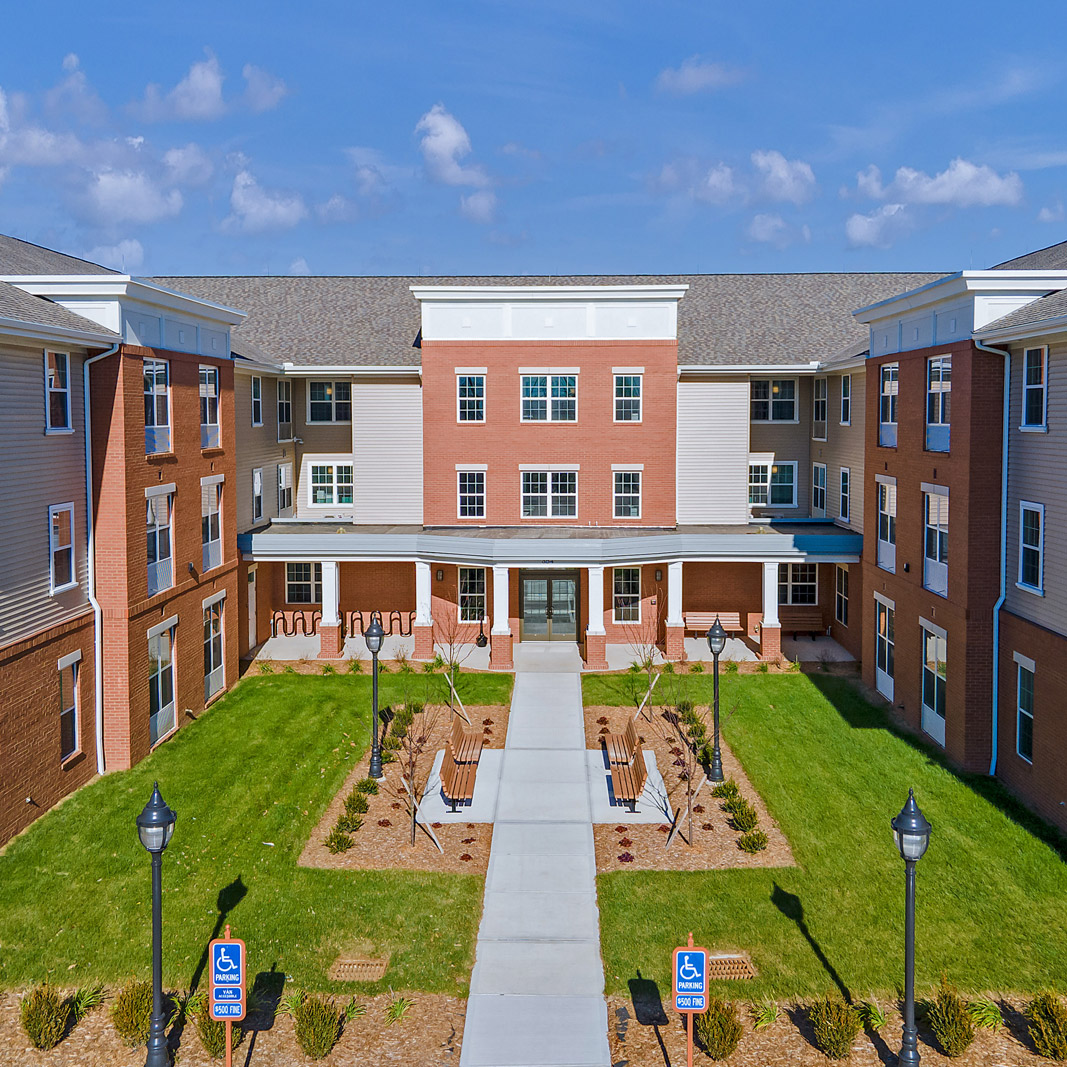 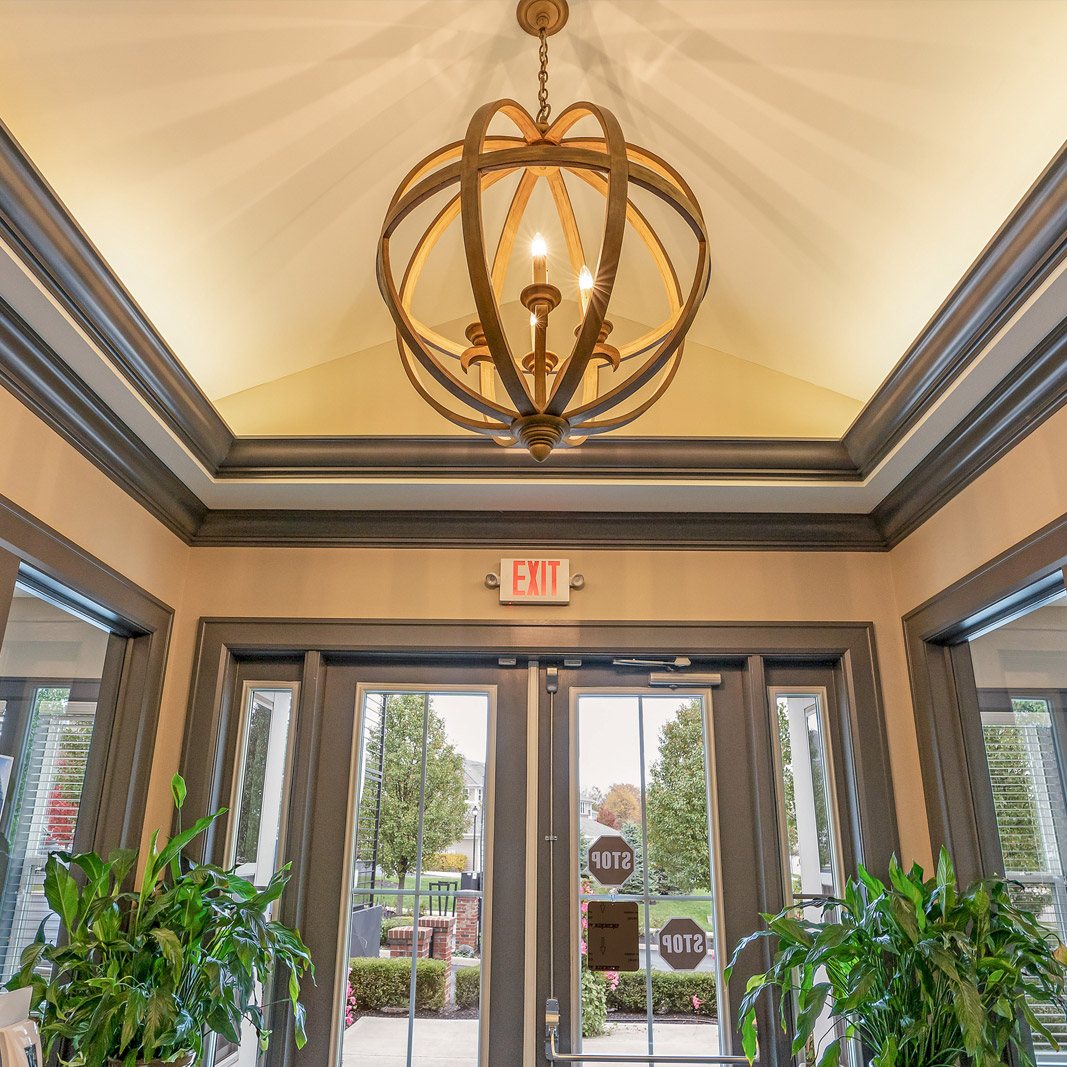 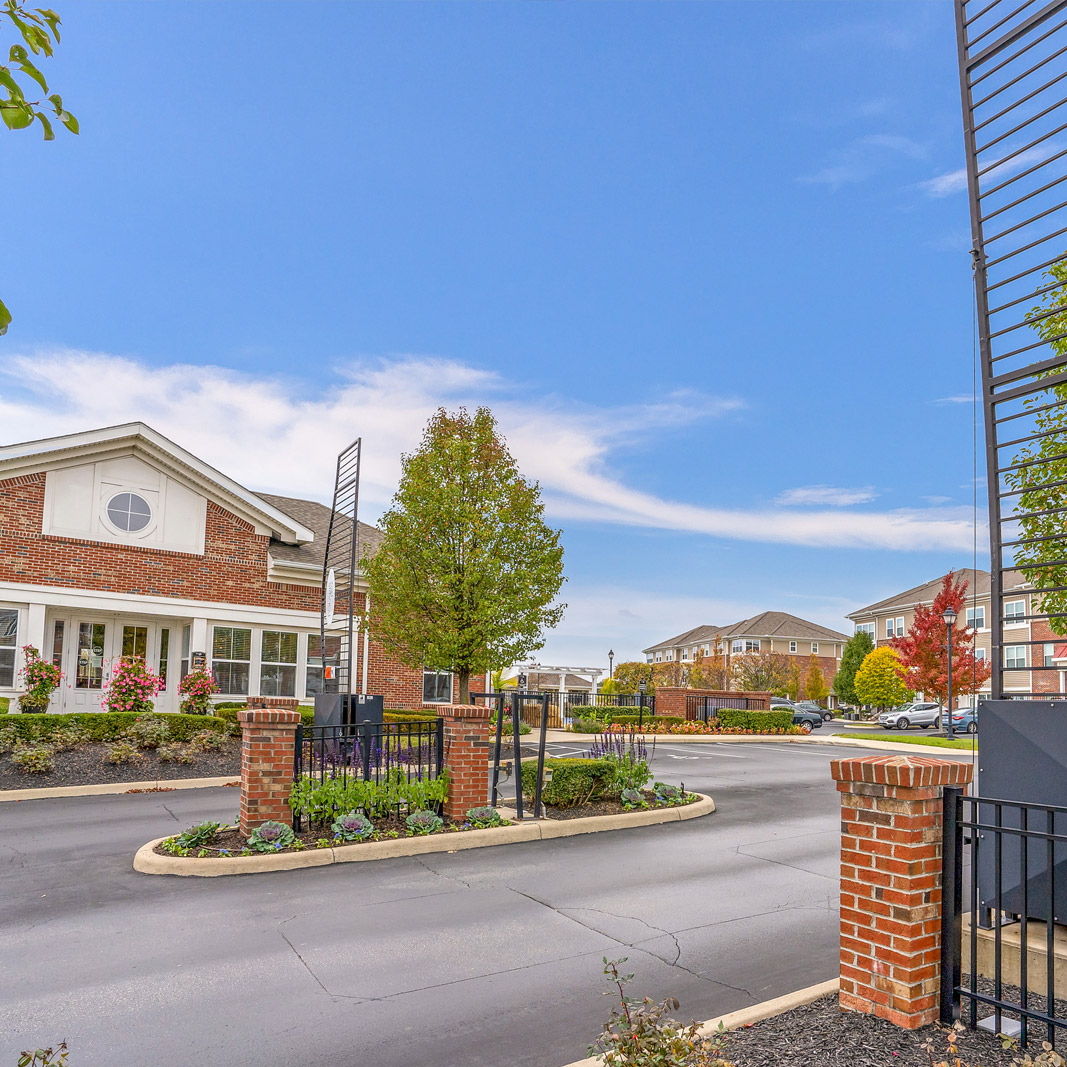 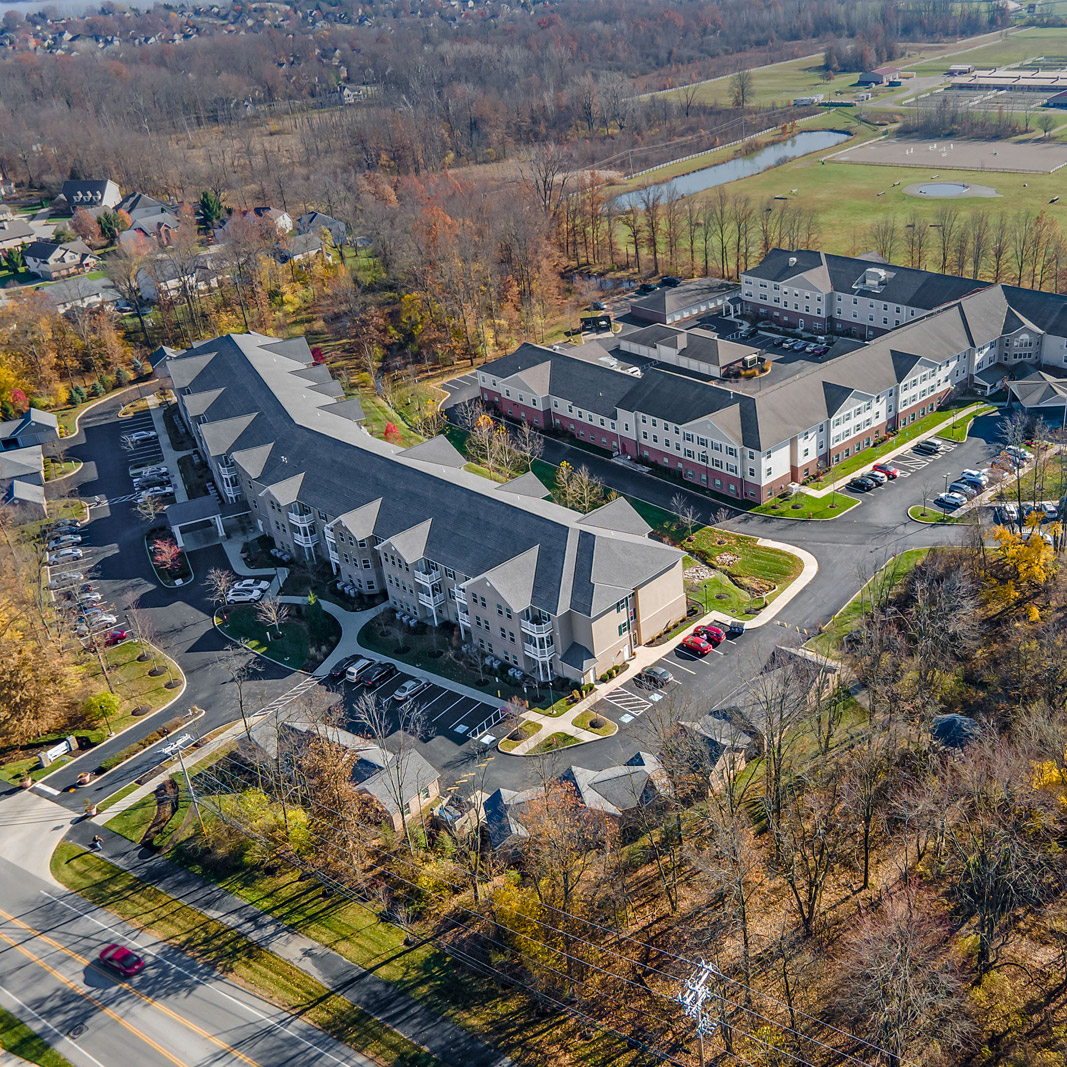 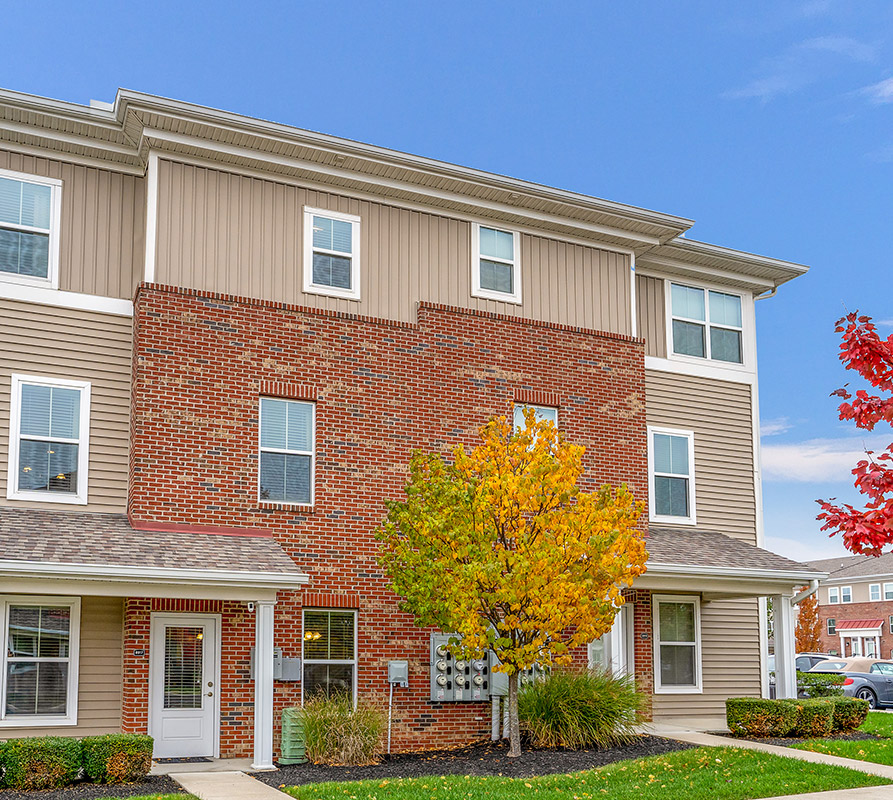 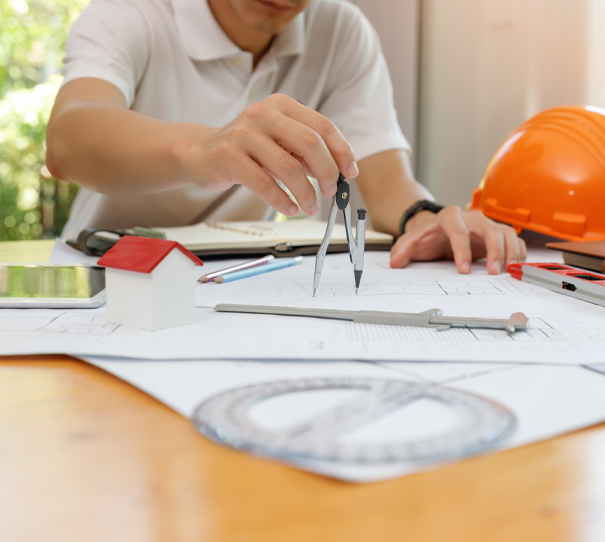 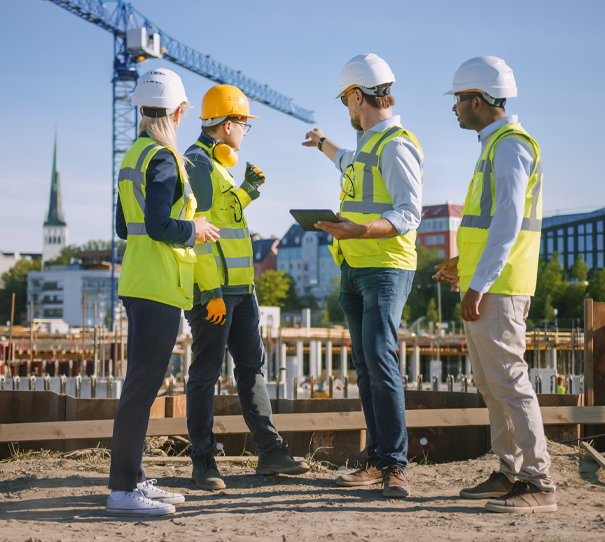 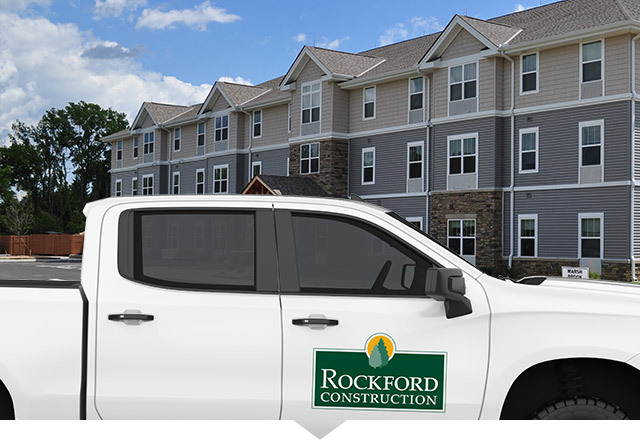 Family owned and operated, Rockford Construction is located in Columbus, Ohio. It is a subsidiary of Rockford Homes, a premier new construction home builder based in Central Ohio. Rockford Homes was founded in 1985, and began building single-family homes and condo floor plans throughout Central Ohio and surrounding areas. With a passion to build, and decades of construction industry expertise, the Rockford team consistently achieves the high-quality work and outstanding results our clients demand. 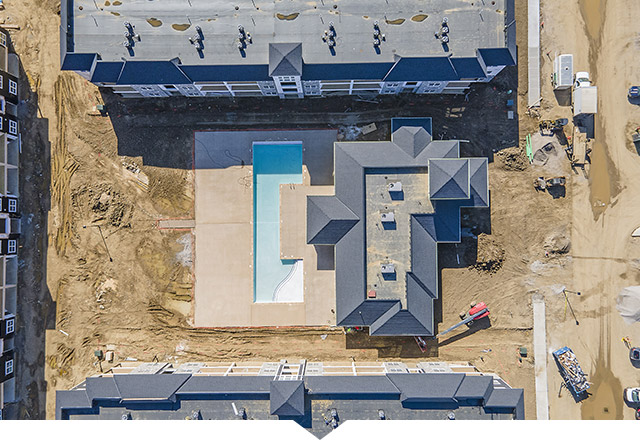 Rockford Construction always has several current and upcoming commercial construction projects underway. If you are a construction partner or professional subcontractor located in Hamilton Ohio looking to collaborate and bid on new construction work, or an individual interested in seeing listings of our current projects, please follow the link below to search the listings. 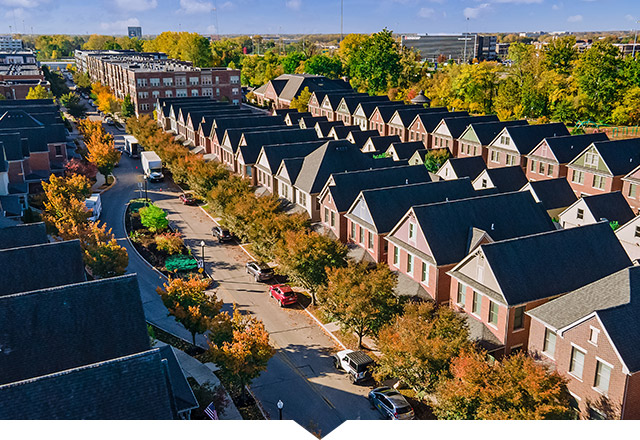 Whether you have the expertise as a real estate developer or are a first-time real estate developer, multifamily housing will help you build wealth faster than you could otherwise. Building multifamily apartments sounds scary, however, it isn’t. Multi-family real estate property has a higher building cost compared to purchasing a single-family home. However, multi-family apartments generate a more steady cash flow compared to a single-family home, making it easier to finance a loan.

The History of Hamilton, Ohio

Hamilton, OH, was founded in 1791 as Fort Hamilton, named after the Secretary of Treasury, Alexander Hamilton. The fort served as a supply station for the troops of Generals Arthur St. Clair and Anthony Wayne, respectively.

By 1800, the fort was no longer used for military purposes, and Hamilton began transitioning into an active agricultural and regional trading area. It was formally incorporated as a city by the Ohio General Assembly in 1810. By the mid-1800s, Hamilton had become a significant manufacturing city, producing machines and equipment to process the region’s farm produce.

In 1845, the Hamilton Hydraulic System spurred one of Hamilton’s most significant industrial and population growth periods from 1840 to 1860. Hamilton Hydraulic was a system of canals interlocking with natural reservoirs to bring water from the Great Miami River into the city as a power source for future industry.

The Hamilton Hydraulic System was a high-risk and high-reward project: while the City of Hamilton did not have many businesses that would need the power when construction began in 1842, when completed, the power generated by the system would bring in more industry. At the time, the City of Hamilton primarily existed on the east bank of the Great Miami River, with the community of Rossville on the west bank. 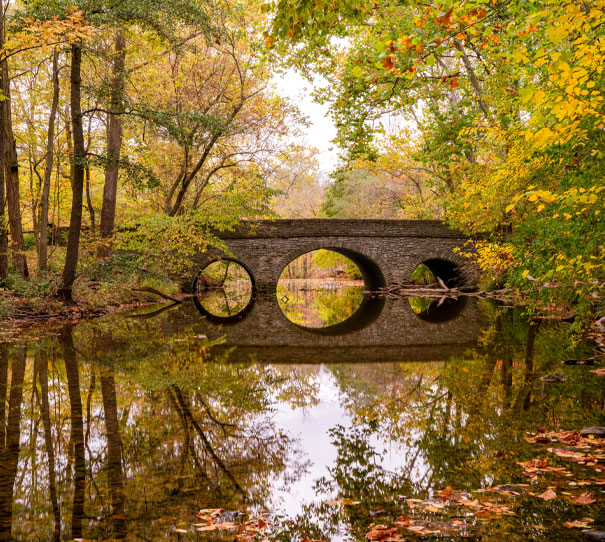 Hamilton, OH, is home to three historic districts with unique turn-of-the-century homes that reflect the diverse heritage of Hamilton residents through architecture, culture, and food. Like Cincinnati, Hamilton was home to many German and Italian immigrants and had a solid Jewish community at the turn of the 20th century.

By the early-1900s, Hamilton had become a manufacturing center for vaults, safes, locomotives, railroad infrastructure, machine tools, and materials for World War I.

Since the mid-20th century, the industry in Hamilton has transitioned to reflect the changing manufacturing trends in the region. Several anchor industries recently closed their doors, such as paper production and machinery manufacturing, which defined the community’s industrial landscape.

However, Hamilton is revitalizing the community through an arts-centered downtown renaissance supported by many businesses employing revolutionary and innovative approaches to manufacturing and other industries.

The City of Hamilton was declared the City of Sculpture in 2000 by Governor Robert “Bob” Taft and is home to many public art installations, including Pyramid Hill Sculpture Park. Several recent city initiatives focus on enhancing the quality of life for residents through community experiences involving the arts, recreation, music, and a vibrant downtown core.

Rivers Edge, a waterfront amphitheater, was completed in 2014, and the nationally-recognized Marcum Park was completed in 2017. Residents also receive extremely competitive utility services from the city, and residents enjoy the “World’s Best Water”(as named by the Berkeley Springs International Competition in 2010 and 2015) in their homes.

What is the difference between multifamily homes and apartment buildings?

An apartment typically refers to a suite of rooms forming one residence, in a building containing many similarly structured units. A multifamily building is a rental apartment building where the entire building (and all of the apartments inside it) is under the same ownership. These are more commonly just called “apartment buildings.”

Land costs are the first big expenses in multifamily construction. As one can imagine, purchasing land in rural areas is cheaper compared to urban, infill communities. Many factors come into play, and this development cost may include demolition and clearing.

This construction cost covers the expenses that go into the work process behind the scenes, such as contracts and legal fees, city permit fees, city zoning, interior design, architects’ fees, and other similar expenditures needed to complete the project.

Multifamily construction projects are as simple as they sound: it’s a dwelling with several tenantable units grouped together, ie: a duplex with multiple units per floor. Many residents can live in the same overlying structure, but each family has its own living space. Amenities include a bathroom, kitchen, common areas, and much more.. Many of these homes appear to be independent, separate houses, or apartments from the outside, which appeals to many residents and clients. All housing is built at complementary scales and in character to the surrounding neighborhood. Examples of multi family homes include one and two bedroom apartments, townhouses, condos, and duplexes.

The first step is to search for an ideal location and then get in touch with a multifamily construction contractor like Rockford Construction with expertise in this type of property development. Our experienced real estate developers and general contractors will work through the process of your project scope and outline the best course of action for building your commercial real estate complex.

When working on a budget – prioritize, prioritize, prioritize! It is important to remember what is most important to you because it is easy to get wrapped up in the excitement and go over budget. Create a prioritized list of all the “must-have” features and amenities, then outline how much you are willing to pay for each. Value engineering will come into play when your budget becomes stretched.

Yes. One of the advantages of building a multi-family new construction project over purchasing a renovation project is it gives you the opportunity to pick the most up-to-date plans, furnishings, and amenities to attract the top tier renters and buyers.

We have completed construction projects all over Ohio. Rockford Construction is located in greater Columbus, OH, but we build commercial housing projects anywhere in Ohio.

How long does a construction project usually take?

We are committed to working in a time-effective manner to complete the project so you can start promoting your real estate listings as quickly as possible.

All construction projects have different costs. Below are some cost guidelines for multifamily construction buildings in and around Columbus.

Land Costs (10-20%)
The price of land is the first big expense in multifamily construction. As one can imagine, the price of land in rural areas is cheaper compared to urban, infill communities. Many factors come into play, and this property development cost may include demolition and clearing.

Hard Costs (50-70%)
The hard development cost of multifamily property construction includes the expenses for physically building the multifamily housing including the price of concrete, materials, safety equipment and systems, labor costs, engineering services, as well as contractors’ and subcontractors’ bids.

Soft Costs (20-30%)
This construction cost covers the expenses that go into the work process behind the scenes, such as contracts and legal fees, city permit fees, city zoning, interior design, architects’ fees, and other similar expenditures needed to complete the project.